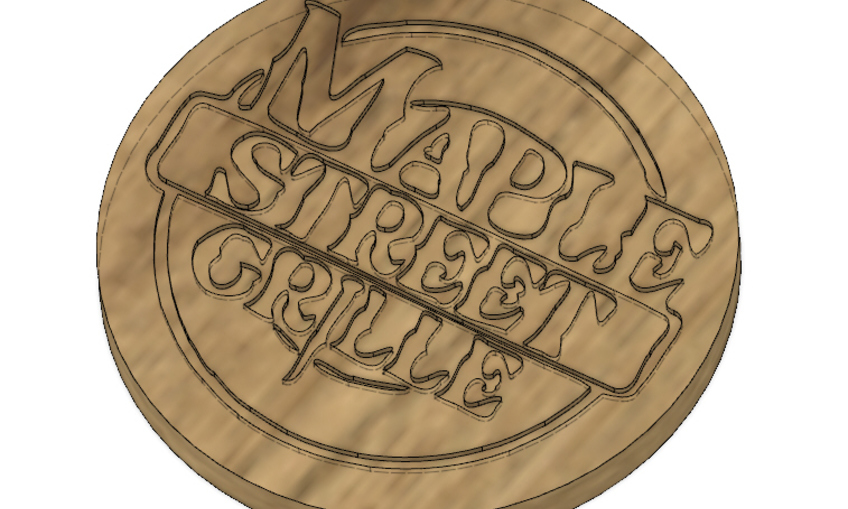 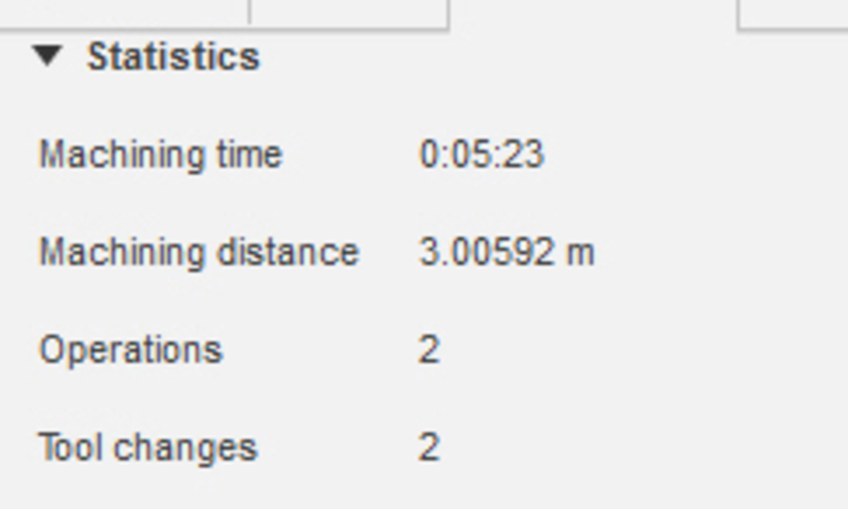 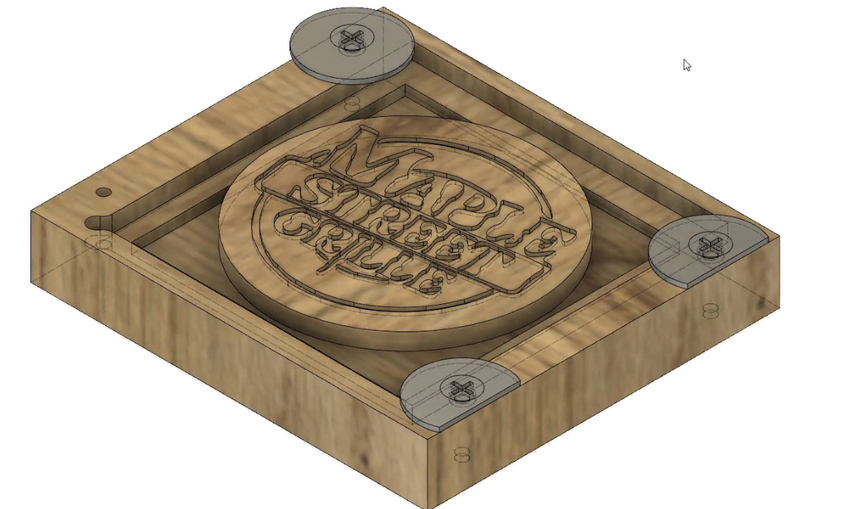 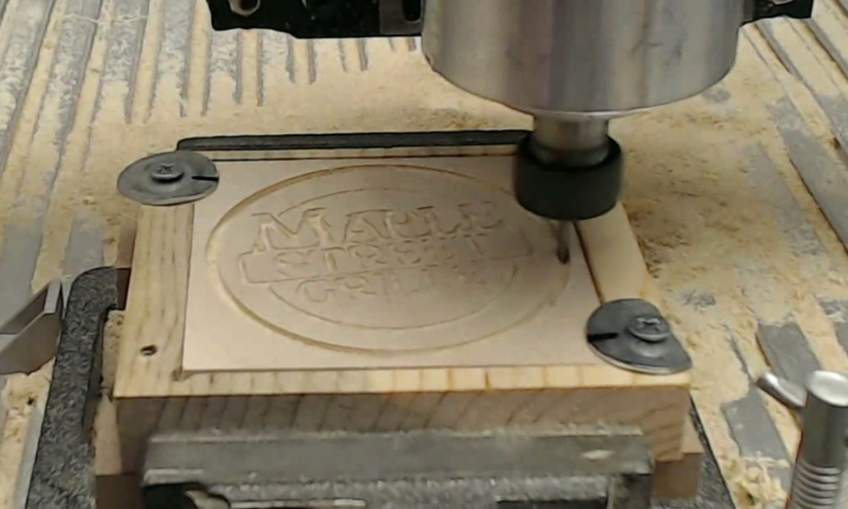 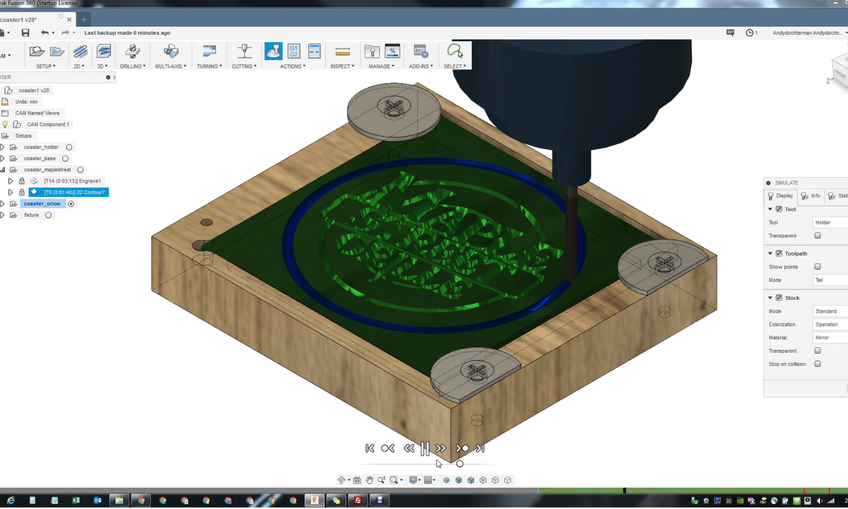 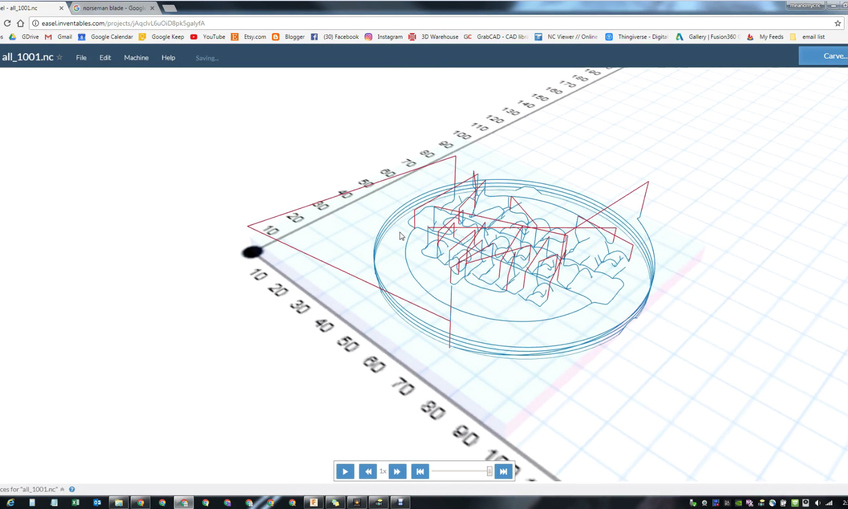 Here's how to do it

Another entry for Inventables Easel Power Hour Challenge. This time it is a Coster for JR Greenwood, Owner of Maple Street Grille in Orion, Illinois. Best Food in Town! This one is a quick project and only takes 5 minutes to carve out.

I started the design of the coaster in Fusion 360 by uploading a DXF I created of the Maple Street Grille logo. Then created a sketched circle and extruded it the thickness of the wood I was using. I then used the logo DXF to extrude the depth for the VCarving.

This project was a bit different than my Pinewood Funny Car as I have to use two different bits with a tool change in between. CAM tool paths start with a 1/8" 60deg v-bit for the VCarving of the logo and then switching to a 1/8" down cut for the outer profile.

As always, when all the tool paths were completed, ran a simulation to make sure there weren’t any ‘gotchas’ and then post processed the CAM using the easel post processor. Fired up Easel and imported the G-Code.

Fired up the good old Shapeoko2 that i bought from Inventables back in 2013. There are a few upgrades from the original with a Makita router and an aluminum bed plate. I also control the arduino with a Raspberry Pi running BCNC for the gcode sender.

I don’t have limit switches on my Shapeoko2, so I have configured GRBL to lock the stepper motors to keep the carriage from moving during a tool change.

All in all, the machine time was a bit over 5 minutes.

Can I use this coaster as a template for mine? I dont need it to say what yours does.
Keith McAllister

I tried to open the project and it says it hasn't been shared publicly.
Matt McDonald

not shared pls share as I have my own design to cut....but I do like yours
Dave Carroll