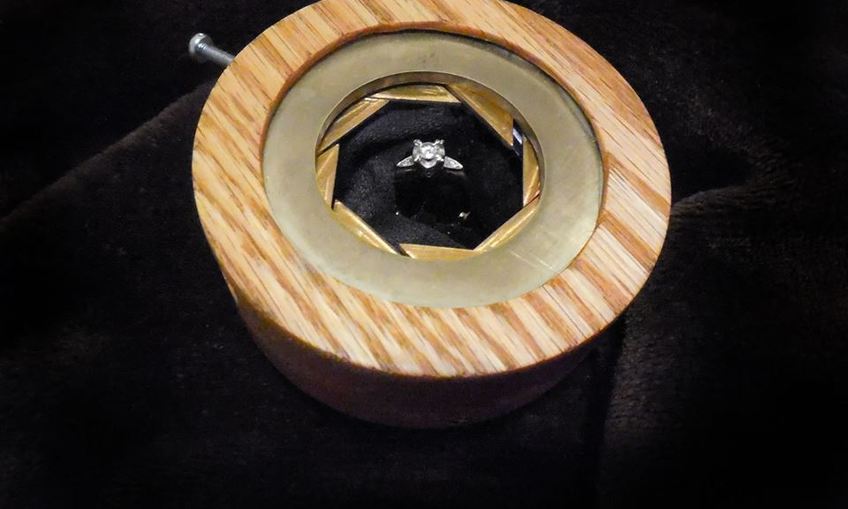 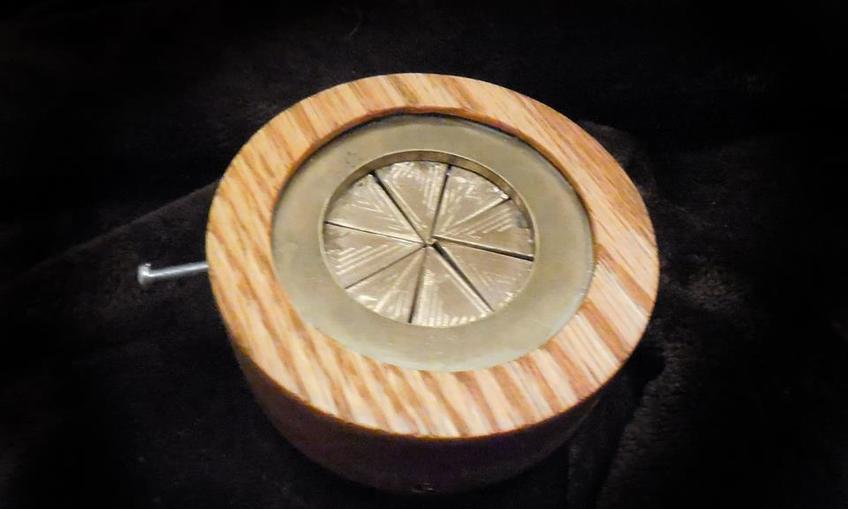 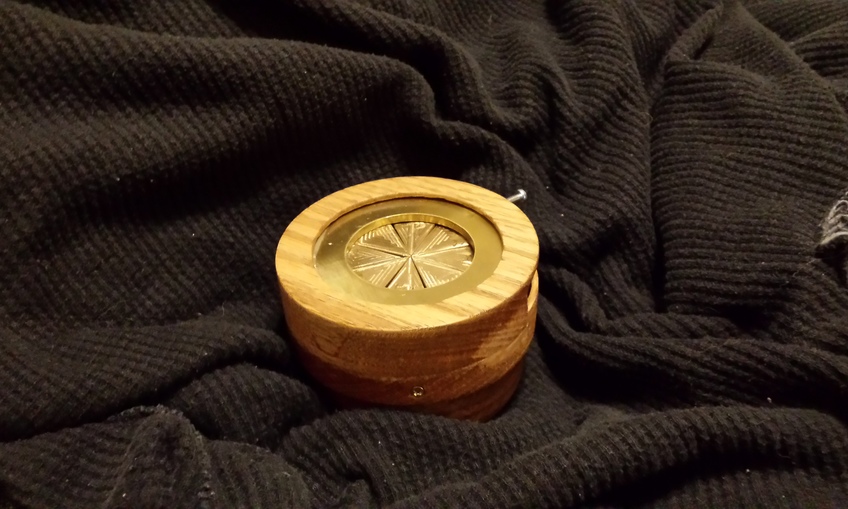 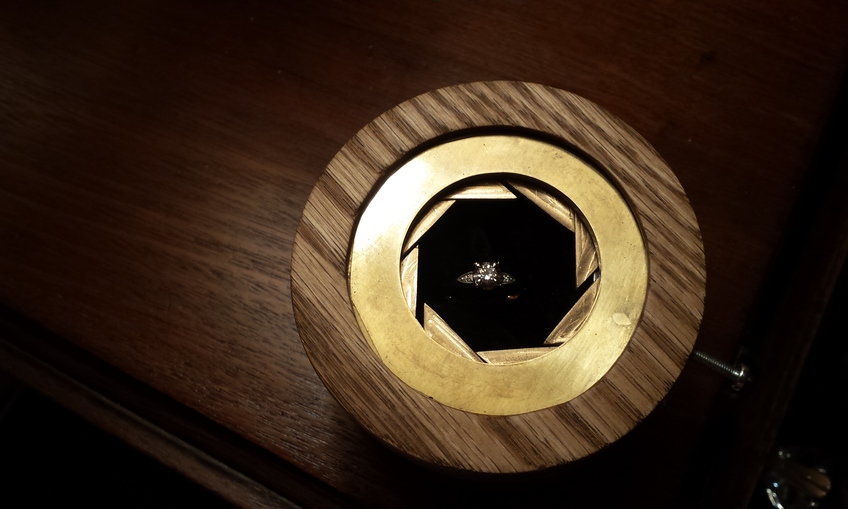 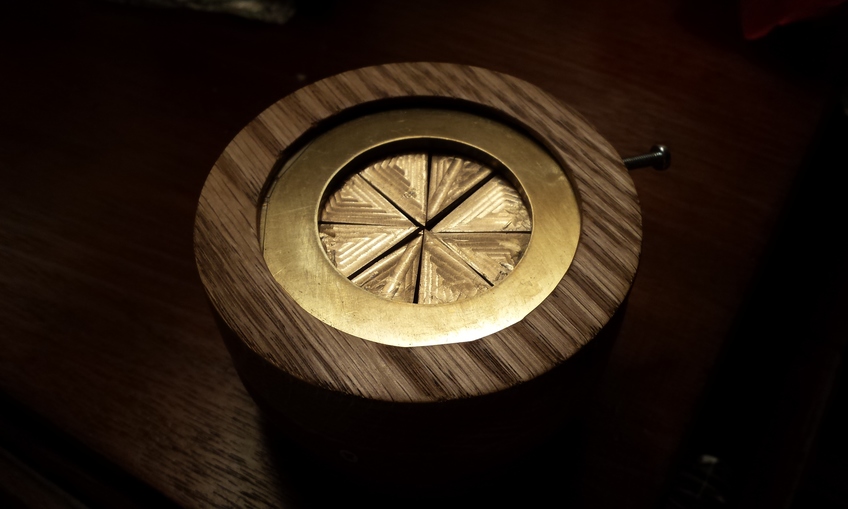 Red oak with brass for the mechanism and leaves.

As I was given a family heirloom by my now fiancee’s parents I wanted to have something from me specifically to give her as well, this ring box was the primary reason I bought my Xcarve.

I have seen quite a few overlapping iris engagement ring boxes and wasn’t really into the way the blades scraped over one another; and I wasn’t a fan of how the non-overlapping examples I found extend outside of the box. I’m not really sure why I took such issue with that in my design, I’m sure it was a “I want something at least mildly original” thing I had going on at the time.

That was when I stumbled across this industrial waste valve. The way the blades glide across one another while maintaining the same shape and direction was mesmerizing.

The mechanism isn’t as smooth as I would like, I was still getting acquainted with my xcarve and didn’t leave nearly enough clearance for parts to move; so the entire thing had to be filed down by hand which left enough inconsistency that there’s noticeable play. It works, just not as well as I would like. I will be recarving the mechanism again to make it work better.

For the feed and speed I used the same settings Easal advises for Aluminum. I used these single flute endmills made for cutting aluminum and they worked out really well. If I used a 1/16th I found I had to slow the feed down significantly to prevent the bit from snapping.

All around carving out the brass took around 24-30 hours of carving.

Nice work Jack, do you have and pictures or a video of the internal mechanism?
Alex Lau

I agree with Alex. Nice job. I'd love to see the internal mechanism assembled.
Stuart G

Assembled, would it look like this internally? http://joeinmadison.com/iris/iris.htm
Stuart G