Special Pre-Sale Offer: Up to 33% off the new X-Carve Pro 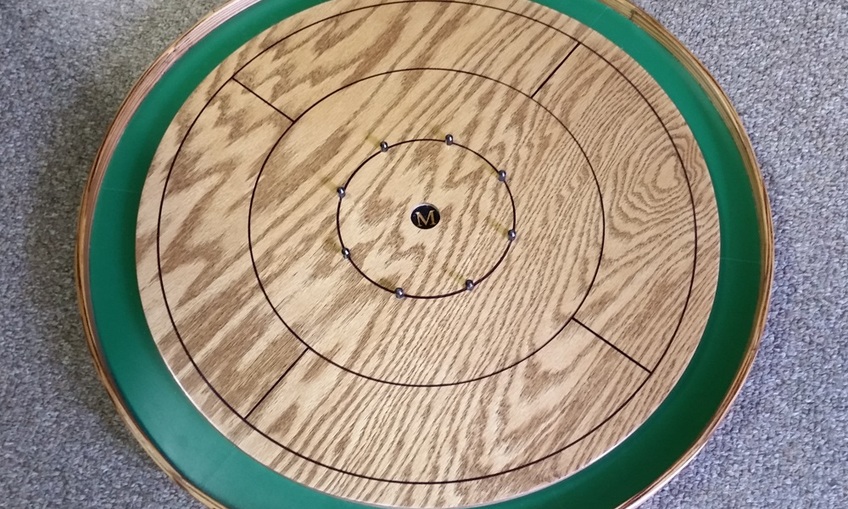 Included are the Easel Files to cutout the main 26" board and the 30" base.

The main board was cut from 1/2" plywood and an iron on veneer was added to the edge. The center hole was cut 3/8" deep so a 1/8" custom plug could be made to glue in and still leave the 1/4" required depth. Plug was cut from hard wood so the engraving would be much sharper than V carving in the plywood. The pegs were made form 3/8" dowel rod and the holes cut to the exact size for a nice fit.

The circular grid was added after several coats of water based varnish so the surface was fairly smooth. I used a permanent marker to draw it which was loaded in the pen holder I made for the X-Carve. If a mistake is made rubbing alcohol can be used to wipe off the marker but the following coats of varnish seal it from future damage.

The recommend finish is to be glass smooth. I made the mistake of using Red Oak plywood and it took 22 heavy sprayed coats of varnish (sanding after every two coats) to fill the grain texturing! Should have used birch plywood and half the coats would have been fine. Progressed through 220, 320, 400, 600 wet sandpaper to smooth the surface. Used mineral spirits as as the fluid (0nce to 400 dry sanding does not work well as paper quickly clogs)

Hello Ray Macke, for some reason this is not showing the full project is only showing one circle, can you please share the file again. Thank you,
Paulo Munoz